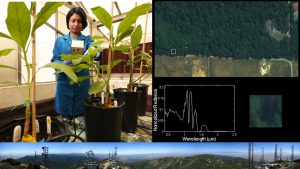 The California Institute for Telecommunications and Information Technology, or CALIT2, is expanding to include a third University of California campus. The UC Office of the President has approved a plan for University of California Riverside to join founding members UC Irvine and UC San Diego in the multidisciplinary research institute. CALIT2 was created by the state of California over 20 years ago to ensure the state remains on the leading edge of information technology, communications, and other 21st-century technologies.

UC San Diego Chancellor Pradeep K. Khosla announced that Ramesh Rao, the current director of the UC San Diego division of CALIT2—known as the Qualcomm Institute — has been appointed interim director of the three-campus institute. “This expansion of CALIT2 to include UC Riverside will allow us to leverage new opportunities and synergies in Southern California, bringing UC Riverside’s unique perspective and talent into an already dynamic multidisciplinary research enterprise,” said Khosla, who is also the principal investigator of CALIT2. “We look forward to their contributions.”

“With its location and rapid growth in research relevant to CALIT2, UC Riverside is equipped to be a strong partner for the institute’s divisions in San Diego and Irvine,” said Vice President of Research and Innovation in the UC Office of the President Theresa A. Maldonado. “The addition of Riverside means that all 10 UC campuses are now members of the four Governor Gray Davis Institutes for Science and Innovation for the first time since their founding. These institutes continue to make significant impacts on California and society at large.”

UC Riverside has grown to include 22 research centers, a school of medicine, more than 26,000 students, and faculty that includes 26 members of the National Academies and two Nobel laureates. UC Riverside is the primary research university serving California’s Inland Empire—the fastest growing region in the nation, projected to grow 44 percent by 2050.

“We have focused research areas that are complementary to existing research and faculty strengths at UC San Diego and UC Irvine,” noted UC Riverside Chancellor Kim A. Wilcox. “These areas are of critical importance to the future of all Californians, including clean transportation and infrastructure, clean energy and fuels, agriculture technology and food security, as well as natural resource management.”

“Our membership in CALIT2 will further crystallize already existing synergies between the three campuses,” said Rodolfo H. Torres, UC Riverside vice chancellor for Research and Economic Development. “In collaboration with my counterparts, Vice Chancellor Corinne Peek-Asa at UC San Diego and Vice Chancellor Pramod Khargonekar at UC Irvine, we will continue to explore and support the exciting research opportunities our partnership brings.”

As the first UC campus to become a Hispanic Serving Institution, UC Riverside has one of the state’s most diverse student populations, with nearly 40 percent of graduate and undergraduate students Hispanic or Latino.

“Our campus brings to CALIT2 not only our track record in student social mobility, inclusion, and equity, but also broad expertise in sustainable research and innovation,” said Gillian Wilson, UC Riverside senior associate vice chancellor for Research and Economic Development and professor of Physics and Astronomy. Wilson has been appointed director of CALIT2 at UC Riverside.

Faculty and students at UC Riverside will benefit from access to shared-use Calit2 facilities in Irvine and San Diego, including specialized labs, world-class nanotechnology facilities, wired and wireless infrastructure, and other technical resources.

The three CALIT2 campuses will work closely to coordinate joint research and development projects, as well as short-term exchanges of engineers and scientists and access to temporary workspace to enhance collaboration among researchers from the participating campuses.

Created in December 2000, the California Institute for Telecommunications and Information Technology, or CALIT2, is one of California’s four Gov. Gray Davis Institutes for Science and Innovation located on University of California campuses. CALIT2 is a world-class, multidisciplinary research partnership between UC Irvine, UC San Diego and now UC Riverside. The institute’s mission is to promote cross-disciplinary discovery and innovation to harness the ubiquity and scale of the Internet and wireless technologies to accelerate growth in many different scientific fields and industries undergoing massive transformation. Over two decades, the Institute has deployed new, advanced scientific facilities, technical and support staff and shared resources to serve CALIT2’s more than 700 participating faculty, all of whom collaborate on projects, research centers, and “living laboratories” across the three campuses.